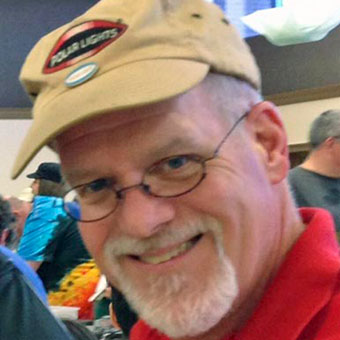 Like most plastic modelers, my father got me started in the hobby; that same year I came across the Aurora monster models (that were then being issued for the first time, which gives a clue as to my vintage).  From then on, I was hooked on the hobby and the genre. I’ve been at it ever since and, with the broadening of my skills, there came a willingness to think outside the box.  That’s where Aves Apoxie Sculpt comes in: it’s a great seam filler, which is a necessity if you want to build to competition standards.  Apoxie Sculpt also makes it possible to alter certain features of a model in order to adapt them to suit your taste – like using it to make the King Kong model look more like the movie monster.  And, as in the case of “Sister Deadly” and the Alien bust, you can use it to create something entirely new.  I keep Aves Apoxie Sculpt and a big bottle of Safety Solvent by my workbench at all times.

The Aurora Plastics Corporation originally produced a 1/13 scale scale plastic model kit of “Dr. Deadly” as part of their MONSTER SCENES series.  Nearly 40 years later, Moebius Models reissued the kits and organized an online contest to commemorate the event.  Wanting to enter Dr. Deadly in the Conversions category, I chose to turn the hideous mad doctor into his equally hideous “sister”.  First I exchanged the doctor’s limbs with those from a female figure in the MONSTER SCENES line.  Then I covered the joins of the disparate parts with gray Aves Apoxie Sculpt, creating rolled-up sleeves and baggy socks.  Dr. Deadly got a makeover with more Apoxie Sculpt, including the patching over of his scars, a new hairdo, and other female features.  “Sister Deadly” received Second Place in “her” category.

The 1/3 scale “Haunted Glo-Heads” model kits were originally issued in the 1970s; 40 years later, they were reissued.  An online model contest was organized to commemorate the new issues.  Since I had an original issue of “The Vampire” from the series that was missing some parts I decided to build it with some alterations to enter in the Conversions category in the contest.  I used Aves Apoxie Sculpt to convert the Vampire into the thing from outer space as described in John W. Campbell’s 1938 novella WHO GOES THERE?  The vampire’s nose and hair were removed with a rotary tool, then I sculpted the three eyes, bizarre nose, and wormlike hair with Apoxie Sculpt.  I reversed the Vampire’s hand and added extra tentacles by applying Apoxie Sculpt over wire and foil armatures.  The coloring was based on the critter’s description in the story.

The Aurora Plastics Corporation issued a 1/25 scale plastic model of King Kong in the 1960s.  The model was based on the giant ape as it appeared in the 1933 movie.  When I set out to build a reissue of the model, I chose to make it look more like the movie monster. Out of the box, the facial expression made Kong look like he’d stepped on a tack.  Working from stills from the film, I narrowed the head with a rotary tool and then reshaped the head and facial features with white Aves Apoxie Sculpt.  The figure of the girl was molded with a conical piece to represent her hair; this was replaced with Apoxie Sculpt, made to look like the curly tresses seen in the movie. The hardest part was sanding off the shoes on the kit figure’s feet and, again using Apoxie Sculpt, creating her 1/25 scale toes!