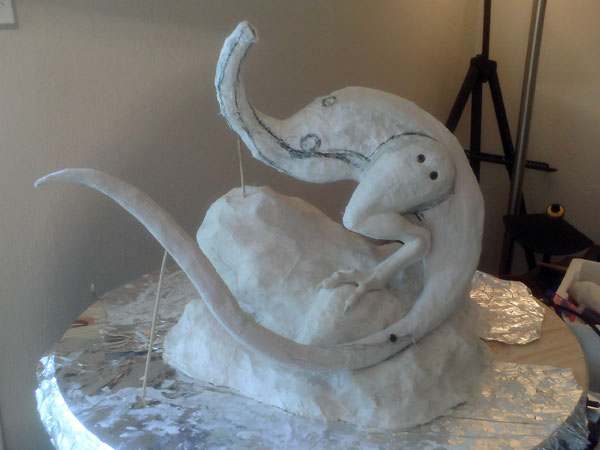 The new tail was put in place and solidified with Fixit-Sculpt, and a removable fastener between it and the base helped stabilize the piece while other areas were worked on. A foot began to be formed from Fixit-Sculpt. It is nice using this material to make claws since it will not easily break during handling. I used to use polymer clay for structure and claws, which resulted in going through a ton of super glue and a lot of headaches every time they broke.